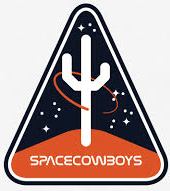 Started by Scott Horstman , Nov 30 2006 05:56 PM
This topic has been archived. This means that you cannot reply to this topic.
37 replies to this topic

Hi all. I just picked this up from a friend. It's a beautiful scope. It has the RA drive and hand control and a bunch of other goodies. I can't wait to split some doubles.

Does anyone know about the Carton Telescopes? I did hear that they supplied Televue in the early days.
I have never heard of this scope before and any insight would be appreciated.

that purty. love the wheels on the pier.

Outstanding find! I don't know a lot about the Carton refractors other than they are very highly regarded, especially the 100mm f/13. It seems like someone did a review of that scope either on CN or Astromart and had nothing but good to say about it. Very little secondary color and very high contrast.

Congratulations, you have yourself a fine rare winner!

It's really quality built too and has a 2 speed focuser.

A pic of the EQ head. Mint and very smooth and solid.

Great scope, Scott. Carton had an excellent reputation years ago for manufacturing scopes that rivaled Unitron in terms of quality. Your setup appears to be in outstanding condition, too. Good for you!

And your family looks happy with your latest acquisition, as well...how could things be better?

Hi all. I just picked this up from a friend. It's a beautiful scope. It has the RA drive and hand control and a bunch of other goodies. I can't wait to split some doubles.

Does anyone know about the Carton Telescopes? I did hear that they supplied Televue in the early days.
I have never heard of this scope before and any insight would be appreciated.

Our shop used to carry the Carton 100mm f/13, back in the early '80s. Your pictures brought back some memories!

Very nice optics and fine mechanical quality. You're right, Televue sold the Carton "SuperNova" mount and tripod as the TV "System Mounting" in the late 1980's. Astro-Physics also used the Carton mounting with their APOs, around the same time.

I believe RVR Optical was a Carton dealer in the US.
That might be where your scope was originally purchased.

Fantastic looking scope. I bet that is a true planet killer.

Have you had first light with it yet?

Thanks Charen! Wow. That's really a great review!
The part about the focuser is very true. It's butter smooth and is 2 speed. There are no set screws for the diagonal but rather it screws in like an SCT diagonal and has a large locking nut to snug it up when you adjust the angle.

Just had first light with the Carton. Only was out for a few minutes but the Moon was sharp and no color down to 8mm (162.5x) and easily split Polaris even though there is a bit of a haze. Capella was pin point. I like it!

I wonder if this is the same Carton that makes the Carton Adlerblick binoculars. They are excellent quality, optically & mechanically.

I wonder if this is the same Carton that makes the Carton Adlerblick binoculars. They are excellent quality, optically & mechanically.

The Carton-sourced altaz mount that Astro-Physics sold for many years is a classic, I have one, a "keeper", massive smooth, 360degree slomos, same lustrous blue color. The 7x50s with huge eyerelief also were one of the best, but I am not sure about the recent models, whether they live up to the reputation. All I know, is they need to be making these scopes & accessories again.

Just to bring this one back to the fore, Having owned a 60mm f/16.7 Carton for the better part of a year now, and finding it outstanding, and now recently acquiring an 80mm f/15 Carton and finding it equally fine, I am not surprised the 100mm f/13 rates an excellent. I may be able to get one of these lenses in it's cell in the near future, and will build or have built a 100mm f/13 of my own.

I'd be interested to hear how it fares in the department of false color on Jupiter, Venus, and Vega.

I recently picked up a Carton 80mm F15 lens in an adjustable cell and just completed the OTA tube assembly. Now if I can just get a clear night. I have high expectations. Reports to follow.

From that review I gather that the false color is quote 'kept at bay' by the f/13 focal ratio, but is far worse than that of an AP Traveler. So, I think the description could be elaborated upon with others observations.

For the keeper: good purchase! Expecially for the original blue mount that is more difficult to find than the optic.
For Astrodon: I used for a while (more or less one year) the same optic and I find it a really good middle-long focus achromat.
The color correction is not in the same league of an apochromatc refractor of the same size but is good enought to allow nice and clear views of the main planets and Moon.
The others geometrical distorsions are well corrected (but that is normal in a well done 4" at F13).
At the end of my experience I decided to sell mine cause I have others more prestigious refractor around 100mm.
By the way, Carton 100 f13 still be a good choice for visual observation of solar system and double stars target.
I find that is limit is really close to the Dawes resolution limit (I was able to see elongate double stars splitted by 1" or little less... so... good optic!).
Enjoy it!

I purchased one of these scopes in Feb. I used it briefly for the first time just several weeks ago because it was in need of work. In any case, I did a star test and what I saw was the best of any refractor I've owned. Also, just targeted a few doubles to get an idea of what they'd look like thru this scope. Really nice,,kind of pristine view that I've not seen in any of my other scopes. I was also able to locate M51 thru this one,,under my terrible skies. Scope needs just a little more work, so I've not had the it mounted since that short night a two weeks ago. However, the taste I got of the lens,,,and the focuser and the finder,,etc,,was enough to make me continue the work,,which is almost done.

Problem is that when I've worked on a scope as much as I've worked on this one,I kind of get sick of it if you can understand. Too close to it. I went the same route with a beautiful 60mm pentax achro. Got it to really good condition and adjusted everthing, then, used it only once. What ashame. maybe I'll put these two little gems away for a year or so, then "rediscover" them one day,,,and have a good time.